After moving away and living in a Moshav for years, director Shay Levi returns to Rehovot, the city where he grew up, trading orchards and greenhouses for an elevator and a hallway. The expanses of the Moshav have now been replaced by people living behind the walls and across the windows, whose intrusive existence he can no longer ignore. This film is an observational documentary that takes an intimate look at everyday life in a building that borders between the private and the public, between familiar and strange. 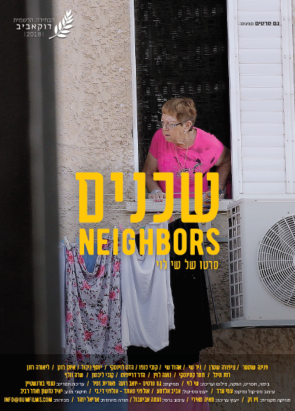 Graduated ‘Minshar for Art’ film studies.
His graduation film “Return” was screened at the ‘Critics Week’ Cannes 2012. Won best short awards at the Kiev, Zagrev and Chicago film festivals and participated at film festivals around the world.
At the past 6 years working as a film editor.