Suzan isn’t either-or. Suzan isn’t both. Not quite male, not quite female. Suzan was born with male genitals

Suzan’s parents decided their baby would be a female. At 35 years old Suzan discovers this for the first time. 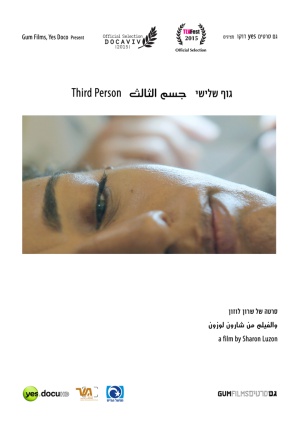 Suzan always knew she was different, but couldn’t explain why.  At 35, still single, she decides to have a child through fertility treatments. But the tests show that something is wrong. Looking for answers to explain her medical condition, Suzan unearths her childhood medical file. It reads: “Five month old baby boy, born with male and female genitalia.” When he was five months old, his parents decided that he would undergo surgery and be assigned a female gender. Enter Suzan.

Suzan embarks on a journey of self-discovery. Her parents won't talk about the matter, afraid of the secret being revealed in the Arab village they live in. But Suzan cannot let it go. Suzan learns about “intersex" -people who were born with ambiguous gender characteristics. Suzan seeks a community, but in Israel the intersexuals live as solitary, shamed individuals.

The standard medical procedure is to select one sexual identity for the baby through surgery, while suppressing the other sex with drugs. Suzan takes a stand against the surgery. She believes there is no way, surely not medical, to force this gender selection on intersexuals. It does not take into account the prospect that as an adult, the intersex will develop a contradicting identity.

During Suzan’s quest to find people like her, she establishes a relationship with Ofer, a 33 year old intersexual who was born in Spain to a religious Jewish family. Unlike Suzan, Ofer’s parents decided against surgery, opting to wait for him to grow up and make his own decisions regarding his gender. They accepted him the way he was born, and this had a profound impact on his perception of himself.

The film will depict Suzan and Ofer’s stories side by side. Thus, with the comparison, a broader story will be told – the struggle of individuals who do not comply with society’s standard definitions and have no choice but to ask that society accept them. To achieve that, they embark on a journey for social change.

"A film worth watching!"
Read more »

"A shocking film... the director reveals the enormous pain involved in the denial and lies surrounding the hybrid gender identity of intersex babies"
Read more »

"A story small and big, personal and public, sad and joyous all at once"
Read more » 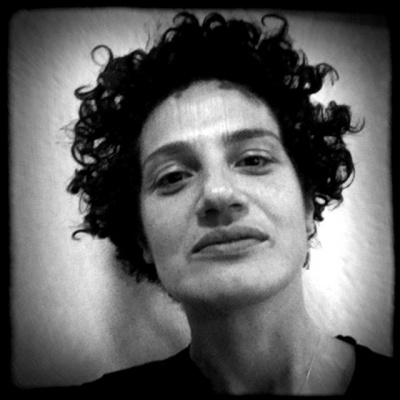 Sharon is a graduate of the prestigious Sam Spiegel Film and Television School. During her studies Sharon specialized in directing and sound- recording and design.

After graduation Sharon combined these two loves as a director of music videos and video art projects.

Sharon is one of the only women in Israel in field recording. Among documentaries she recorded are: "The Hangman" (IDFA 2010), "Black Bus" (Berlinale 2011) and on Sandi DuBowski's latest documentary coproduction. Through her work as a sound recordist on documentaries she fell in love with the genre, which led her to her first full length film as a director: "Suzan", which is supported by "Yes" satellite TV. Sharon also teaches sound at the Spiegel Film and Television School and at Minshar School for Art.