Yoel, a meticulous historian leading a significant debate against holocaust deniers, discovers that his mother carries a false identity. A mystery about a man who is willing to risk everything to discover the truth. 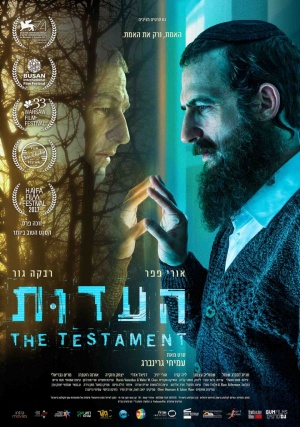 Yoel, a senior Holocaust researcher, is in the midst of a widely covered legal battle with powerful forces in Austria, concerning a brutal massacre of Jews that took place toward the end of WWII in the village of Lensdorf. An influential family of industrialists on whose land the murder took place, is planning to build a real estate project on the very same land. Yoel suspects that their aim is to bury the affair for good, but has trouble finding the conclusive evidence that would stop the project.

While investigating the incident Yoel examines classified testimonies of Holocaust survivors, and to his shock and surprise he finds a testimony given by his mother, a testimony he didn't know existed. In her testimony she confesses to a substantial secret from her past.

Yoel, who's conducting a double-investigation, personal and scientific, is trapped between walls of silence - on one side, denial of the Holocaust on the part of the villagers, and on the other, his mother's silence regarding her past. As a historian with an unshakeable commitment to the truth, he decides to continue his investigations even at the cost of ruining his personal and professional life.

Amichai has been writing, directing and producing for TV, film and new-media for 15 years.

His projects include local as well as international educational and commercial institutions such as TV channels 1, 2 & 10, video journal, ZDF, Mandel institute, Yad-Vashem and the Spielberg visual history foundation. The Testament is his first feature film.