By Anat Zeltser and Modi Bar-on

A brief televised guide to the history of the Israeli-Palestinian conflict. A succinct, lucid summary and concise presentation of its basic concepts and decisive events, while laying them out on a timeline and a spatial map, related from a variety of viewpoints and positions concerning the conflicted parties. 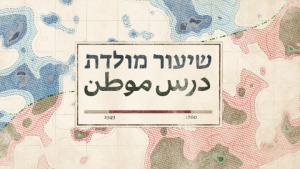 "...These are two important phenomena of identical yet opposite nature: the rebirth of the Arab nation and the Jews' hidden effort to reestablish the ancient Israelite kingdom. These two movements are doomed to struggle constantly until one overcomes the other"

This quote is more than a hundred years old and the constant struggle is still at its height. As of the writing of these lines, the Israeli army is exchanging blows with Hamas in the south, intervening in the Syrian civil war in the north and working on maintaining the occupation in the center.

Ironically, just as historical research reveals new sources and perspectives on the conflict (and on the debate about the conflict), the educational and cultural systems of everyone involved tend to do the opposite - to simplify the story, make it superficial, or simply ignore its vast complexity. This discrepancy between the complexity of the story and the simplification of the debate is fertile ground for demagogy, fake news and the casting and denial of blame. Any argument is immediately defined as incitement, or treason, or fascism, or worse. And after over a century of conflict and debate, who remembers how or why it began? And who has the patience to listen to all the conflicting reasons for why it isn't over yet?

The series is a brief televised guide to the history of the conflict. A succinct, lucid summary and concise presentation of its basic concepts and decisive events, while laying them out on a timeline and a spatial map, related from a variety of viewpoints and positions concerning the conflicted parties.

The six episodes of the series are actually six segments on the timeline of the conflict. Each segment will present a main development in the conflict while defining the concepts and events that caused or were caused by the given development.

At the end of the 19th century Jerusalem awakens from a long Ottoman sleep and becomes the center of international attention once again. The years-long coexistence between Palestine's Arab majority and Jewish minority starts to crumble as the pioneers of Jewish nationalism meet the seedlings of Arab nationalism. The British, who conquer Palestine in World War I, shower contradicting promises on the Jews and the Arabs and the two fledgling nationalist movements start on their collision course.

The British Mandate helps the Jews change the economic and geographic reality in Palestine as well as begin to challenge the demographic balance. The Palestinians respond with an outbreak of violent protest which escalates from round to round. The escalation awakens religious sentiment among both sides and the holy sites become the center of contention, until events surrounding the Western Wall Plaza escalate into the brutal riots of 1929 in Jerusalem and Hebron.

The large-scale sale of land to the Jews leaves tens of thousands of fellahin without land who then move to the slums on the outskirts of the developing cities. There religious and nationalist extremism is born which lead to the outbreak of the Arab rebellion - three years of war against the British and the Jewish settlement. The British put down the rebellion brutally and the Palestinian leadership flees the country while the Jewish settlement strengthens its ties with the ruling power. The British Peel Commission brings up the idea of dividing Palestine into two states for the first time.

World War II causes a turnabout in British policy and the imposition of strict restrictions on the Jewish settlement in an effort to placate the Arabs. The Zionist movement protests virulently but is obliged to fight shoulder-to-shoulder with the British against the Nazis. Palestinian leader Haj Amin al-Husseini is exiled to Berlin. The Holocaust validates the Zionist claim to a Jewish state but annihilates the supply of people for such a state. The Zionist movement turns to the Jews of the Arab states. The United Nations decides to partition Palestine into two states.

War breaks out even before the British leave Palestine. The Palestinians take over the transportation routes until the Jewish settlement raises money and arms and launches a counterattack. When the State of Israel is established as the British leave, it already controls most of the territory allotted to it by the partition plan and manages to hold onto it even in the face of invasion by the Arab states. Hundreds of thousands of Palestinians flee and are expelled from the territories that the IDF captures. The Israeli government decides that "they cannot return."

While the war still rages, the Palestinians realize that this is what is for them a Nakba - a disaster. Their position grows even worse in the second phase of the war in which Israel expands its occupation beyond the borders of the partition plan. At the end of the war Israel prevents their return and nationalizes the property and land they left behind. The Arab minority which remains within Israeli territory is granted citizenship, but under a military regime. The Palestinians don't take part in negotiations over the ceasefire lines which are marked on the map by a green line. Faced with no other solution, UNRWA comes to the aid of the refugees. 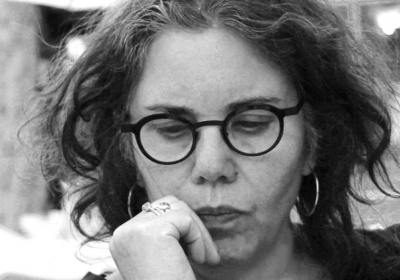 Anat Zeltser, born and raised in Tel Aviv, is one of the most acclaimed documentary filmmakers in Israel. For the past two decades she has been creating documentary television, serving as both director and chief-editor, alongside her artistic collaborator Modi Bar-On, who serves as screenwriter and narrator. Their fruitful collaboration produced some of the finest documentary television in Israel, exploring the connection between history, land and identity, and focusing on how Israelis were shaped by historical events.