Rafi is the only cop in an Ethiopian ghetto in Israel. An Ethiopian-Israeli himself, he is considered a traitor by some and the only trusted soul by others. The film follows him on a night shift, telling through him the story of this difficult neighborhood and its unique people. 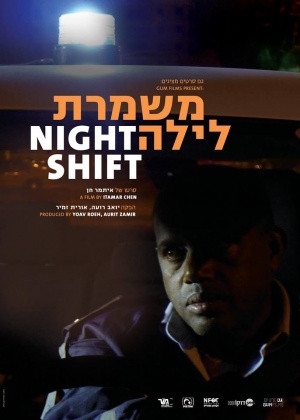 One neighborhood, one cop, one night.

The story of the neighborhood is told during the night shift of the local cop. Rafi Mells, an Ethiopian beat cop, is the only person in charge of the neighborhood, but unlike most cops, whose task is to maintain law and order, Rafi’s work revolves around helping the residents of Kiryat Moshe adapt to life in Israel.

Itamar Chen was born in Israel in 1983. He graduated with honors from the “Sam Spiegel Film & Television School”. His first documentary film “Teacher Irena” was the opening film at Docaviv 2010, where it was awarded for the editing.