Three childhood friends are excited to take part in the ultimate coming-of-age experience for the Israeli youth - a high-school trip to the Holocaust sites in Poland. Between extermination camps and memorial sites, they go through their own personal journey, face their fears, and celebrate their youth.

Poland. Warsaw’s Chopin airport. Businessmen, tourists and local workers come and go. A group of 40 teenagers, accompanied by a few nervous adults, exits the arrivals gate. They are all bunched up together, wearing white sweatshirts with "ISRAEL" printed in blue on the back. At first glance they might look like a national sports team. But this Delegation is here for a very different reason - a school trip to concentration camps and memorials.
We'll follow this young Israeli delegation on their journey around Poland, where the incomprehensible past of WW2, meets the complex present of being an Israeli teenager. The clash between these realities is at the base of this perceptive, critical, coming-of-age story. 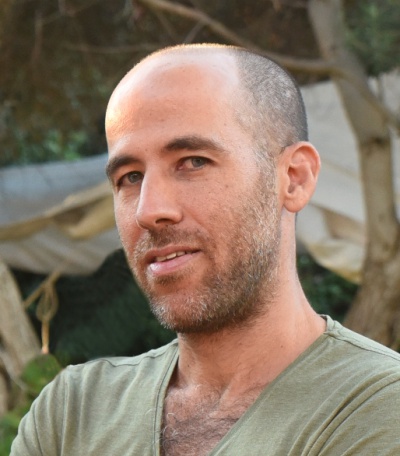 Asaf Saban is a film director and writer. Born 1979, Israel. Lives and works in Tel-Aviv. Graduated with honors from “Ha-Midrasha” school of arts, Beit-Berl College. 5 times grant recipient for excellence in arts by the “America-Israel cultural foundation”. His student short films were screened at major film festivals around the world and received awards.